Aikido Newmarket, located within the beautiful Brad Jones Karate dojo, offers classes to anyone from age twelve and up. Aikido Newmarket is affiliated with Naka Ima Aikikai in Toronto under the guidance of Chief Instructor Greg Angus Sensei, 6th Dan. 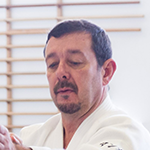 Sensei Greg Angus is a 6th-degree black belt and chief instructor at Aikido Newmarket and at Naka Ima Aikikai. Greg has practised martial arts for over 45 years and is also a yondan (4th-degree black belt) in karate. In 1986, upon completing his graduate degree in Fine Arts, Greg travelled to Japan to further his Karate martial art studies. Once there, Greg encountered Aikido and immediately began his practice at the Hombu Dojo in Tokyo. His Aikido training continued throughout his 10 years in Japan, primarily under the direction of Endo Shihan.

Off the mat, Greg works as an artist whose paintings have been exhibited both locally and internationally. 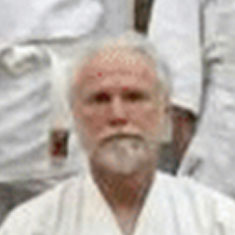 Sensei Steve Jones has practised martial arts for 46 years. Steve started his training in Hapkido in 1975, and then switched his training to the Korean Palace Arts of Kuk Sool Won (or Kung Jung Musool) under the Korean National Treasure, Park Moon Soo. Steve discovered Aikido in 1996 through the movies, and immediately began to train at various dojos in an attempt to absorb the different styles and influences being offered. A happenstance visit by Angus Sensei to Steve’s dojo in 1998 set Steve on a course to follow Endo Sensei and Angus Sensei for the remainder of his ongoing training. Steve has been teaching Aikido at Brad Jones Karate-do since 2005. 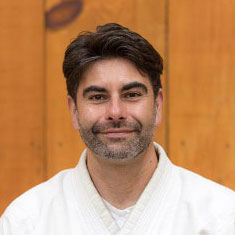 Claudio’s passion with Aikido began during university. After finishing university, he continued to practice this intriguing art in Newmarket for the past twelve years, earning his Shodan black belt in Toronto at Naka Ima Aikikai Aikido. As he dedicates himself on this path, he particularly enjoys exploring the essence and principles of Aikido and finds delight in discovering the numerous ways Aikido techniques can be effective.

Aside from his regular Aikido practice, Claudio also enjoys reading and maintaining peak health through other fitness activities such as jogging. Outside of these recreational activities, Claudio also runs a busy construction company. 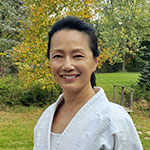 Mabel Hsin has been training in martial arts since 1995. She began her martial arts journey in Shotokan karate, having achieved her rank of Sandan (3rd degree black belt) under the National Karate Association, and represented Canada in the Pan Am Competition in Venezuela as well as World Championship in Japan. Since 2010, she transitioned from karate to Aikido, earning her Shodan black belt under the Endo Sensei branch at Toronto’s Naka Ima Aikikai.

Aside from being an Aikido instructor, Mabel is a physician, keynote speaker, as well as teacher for Mindfulness-Based Stress Reduction program. Integrating the principles of mindfulness and martial arts as a way of being has helped transform her views on life.

Our focus at Aikido Newmarket is on cultivating the mind, body and spirit in a safe, friendly and fun environment. You are welcome to visit and either observe or join us for a free trial class. You can also call (905) 895-9636 regarding any specific questions including membership details and fees. 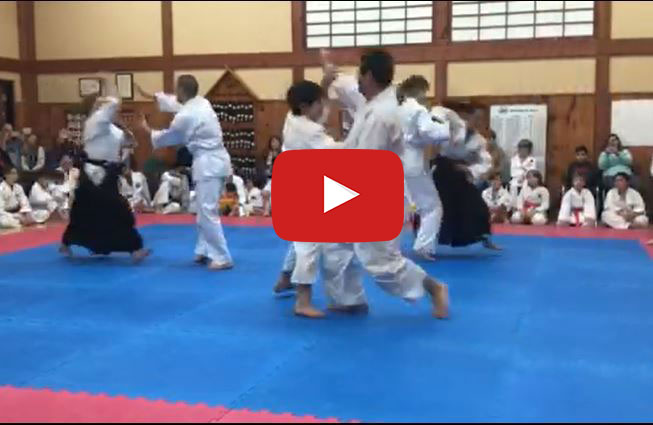 Join us for a free trial class

Everyone 12 years old and up are welcome to visit and either observe or join us for a free trial class.